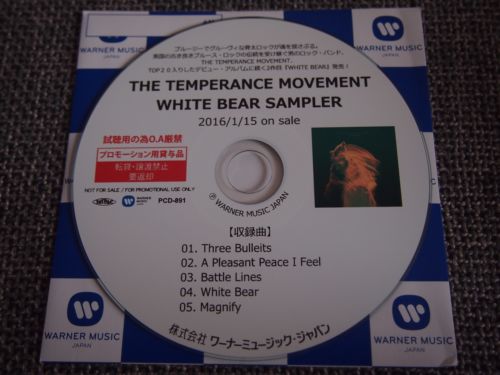 A Deeper Cut is coming but there’s still activity about White Bear !
I was totally unaware of its existence until recently. White Bear didn’t have a release in Japan via Hydrant Music. I’ve been in touch with them asking about all the first album’s promo releases and they’ve said me that nothing was planned for White Bear. But it seems that Warner Japan has produced this sampler to promote the album’s release. All the album’s CDs in Japan were European import.
I’m pretty happy to have this one !