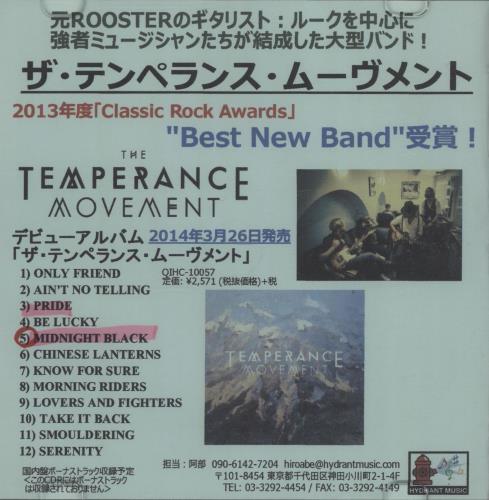 It’s moving a lot here. The Temperance Movement is touring in France for a 12 dates run. On 8 dates, 4 were sold-out !
The band is really gaining in popularity here, which is a great news. Maybe they will tour more in France in the future . 🙂

2 bootlegs are on Internet : La Laiterie, in Strasbourg and Le Splendid in Lille. The Starsbourg’s gig has 2 versions. Both are sounding really great. As Lille too.
More news later with the tracklisting.

On a collection side, I’m waiting for 2 japanese items : the DVD given with the CD when it was bought at Tower Records and the Promo CD. My collection is really near to be complete as the 2 remaining items are vinyl test pressing : the one for White Bear and the US test pressing for the first album. 2 really hard to find, if not impossible.

Thursday will be the Lyon’s gig, I’ll try to take my vinyl test pressing with me, so maybe the band could sign them. Fingers crossed !