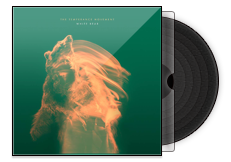 Yesterday all was fine, Amazon.ca sent me a mail stating that they “have listed the item(s) listed below with the expected delivery date(s): The Temperance Movement “White Bear (Vinyl)” – Estimated arrival date: April 18, 2016 – May 02, 2016“.
So a good news as the vinyl was scheduled for today.
But at 2h43 in the night (in France), another mail was sent… with a bad new.
“We’re sorry to report the release of the following item has been cancelled:
The Temperance Movement “White Bear (Vinyl)”
Although we’d expected to be able to send this item to you, we’ve since found it won’t be released after all.”
So I don’t know if it will be released at some point. Or not…